How Britain leaving the EU may effect waste disposal

On the 23rd of June this year 2016, the citizens of the UK will vote on whether or not they will choose to leave the EU. Sixty eight percent of them (those who turned up to be polled, anyway) believe this will affect detrimentally waste and resources policy in their nation.
The EU has set up certain rules concerning waste disposal, and recycling in particular. Member states must recycle 50% of their household waste by 2020. There is a possibility that the rules for Britain and other member nations may be required to recycle 65% of this waste by 2030. The UK has agreed to the former condition.

How the EU has boosted recycling in the UK 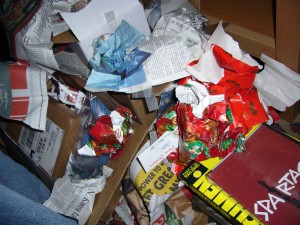 For the last 25 years, resource manage legislation in Britain the EU has led. What have these regulations accomplished? Before the EU, England was known as the “dirty man of Europe.” Now, recycling rates have risen from slightly above 10% to roughly 44%, the current UK recycling rate is about 15%, and the EU has boosted the waste and recycling industry. In addition, England is striving to reduce greenhouse gas emissions by at least 80% by 2050, whether or not it leaves the EU. British citizens say EU policy has made a huge improvement on the quality of their air, water, and rivers, not to mention their rarest plants and animals, plus their habitats. However, this growth has slowed down considerably recently, so especially slow councils will have to step up the pace in order to achieve this goal. Possibly, stepping up the pace will mean that households need to separate different types of recycling, especially glass, metal, plastic, paper, and separate collections of food waste.

What would it mean for the waste disposal industry if Great Britain left the EU? Brexit would probably not much affect Wales or Scotland, as those nations are already striving toward more challenging goals. In England, however, ministers might end up with more leeway to set easier targets. Recycling companies fear this. According to the House of Commons library, the country would still attempt proper waste disposal, but the nation would meet the legislative targets more slowly, as no one would prosecute them if they failed in their goals. If Britain were to leave the EU, the waste disposal industry would be reduced to taking the same financial risks as other sectors of the economy. Those who are more optimistic admit that the industry would certainly take at least a short term hit but hope that in the medium term, the industry would grow. They point out that nobody expects a job decrease in the event of Britain leaving the EU. The EU policy standards on the environment have developed industry in the UK for eons. With them removed, people fear the results.

Fortunately, the threat may not be as serious as it sounds. After all, any exit would take years to enforce, and until new legislation popped up, recycling and waste management in England, Scotland, Wales, and Northern Ireland would remain much the same. Still, the recent election shows that polls can lie, so really, the waste and recycling industry should be prepared for anything. Nevertheless, confidence about the future is encouraged.